"When you run into people with a true passion for innovation and music, you take notice. Aaron Bethune is constantly applying the former to the latter, and he does it with integrity —this is a person you want on your team."

Aaron Bethune was born in Montreal and grew up in England and Spain. He has played piano since the age of four and guitar since the age of seven. He studied Jazz Performance at university on Vancouver Island in British Columbia, Canada, has recorded a number of pop-rock albums and been a session player on numerous recordings. His involvement in the music business started with the world of touring and he has booked major label acts as well as independents from Spain to Japan. With his company PlayItLoudMusic he has licensed music into major TV shows, movies and commercials. He has developed, mentored and managed artists, is an in-demand music and creative consultant, and has been a part of many success stories along the way. His expertise in music, branding and marketing goes beyond the music industry and has allowed him the opportunity to work with many forward-thinking companies and individuals. He has been a juror for the JUNO Awards and is currently a juror for FACTOR (The Foundation Assisting Canadian Talent on Recordings), a speaker and a music educator. He is a musicpreneur and is constantly looking for ways to break patterns through creative collaborations. He is passionate about the outdoors, with a special interest in mountaineering, and lives in Victoria, BC, Canada with his wife, Laura and their two beautiful children. 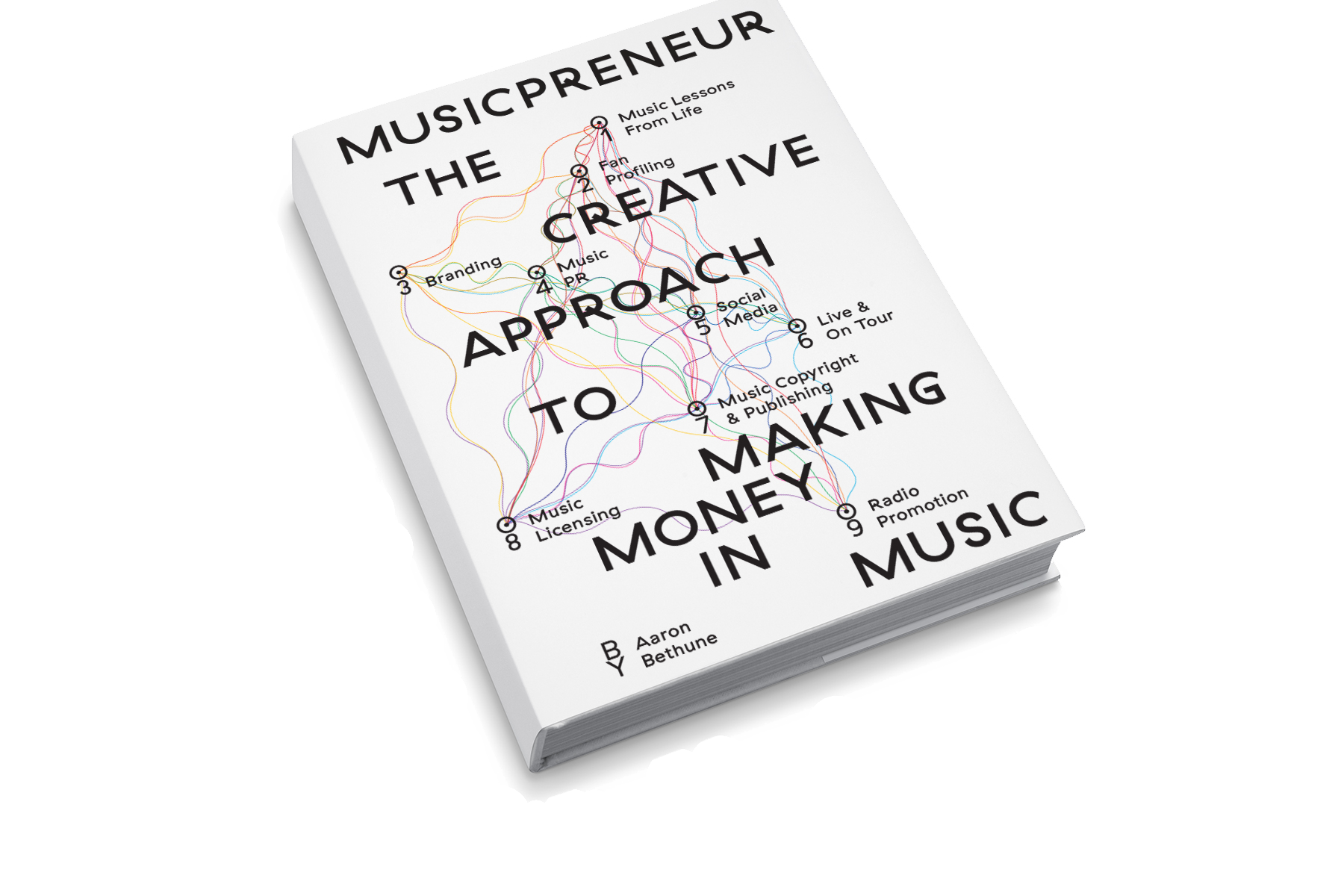 Musicpreneur connects the dots between music and business. With a healthy dose of creativity, it provides the tools, knowledge, mindset and approach for you to get heard above the noise and build a successful career in music.

After years of working with many successful musicians and entrepreneurs it became apparent that there were certain key ingredients to their success. This started a passionate curiosity to better understand what exactly it was that set the successful apart from those with talent but no music career in their future. Were they simply born to be successful? The quest for the answer lead to an extensive research of successful musicians, artists and CEOs through to athletes and the world of neuroscience.

With the answers I wanted to present a resource that gave the reader the mindset, tools and approach for success in music. And I wanted it to be a book that related to left and right brain thinkers alike, hopefully connecting the two. The result is Musicpreneur: The Creative Approach to Making Money in Music.

If you have talent, a great idea, a dream, but don't know how to turn it into a business, this book is for you. It offers guidance, inspiration and clear steps into turning your passion into a career.

To read the foreword by Martin F. Frascogna and the prologue click here.